I hate movie snobs. Whenever I catch wind of some blowhard spitting movie snobbery, I just want to crush their skull in, which would make me a murderer, which is arguably much worse than a movie snob. I get the same violent urges towards art snobs in general. I’m talking about the kind of people who like to rank mediums of art.

“Painting is the highest form of art. Music is a close second, but only if it’s orchestral music, not rap. Rap isn’t art at all. And movies and TV are the lowest forms of art, if you can even call them that.”

Their reasons for not respecting certain mediums of art are usually steeped in ignorance.

“Movies are all explosions and superheroes.” Cherry-picking to denigrate the whole medium (and what’s so bad about explosions anyway?) 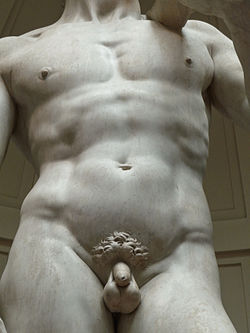 That same poisonous thinking permeates movie lovers as well. The cinephiles who scoff at whatever new blockbuster is playing at the mainstream theaters. Or the blowhards who would laugh in your face if you so much as suggest that they see the newest comedy starring a former wrestler (may this trend never die). These are the people who pat themselves on the back for watching foreign films. The people who won’t dare watch a horror movie if it isn’t directed by Ari Aster.

It’s not personal taste I’m attacking here either. It’s when someone can’t appreciate a genre on its own merit. Instead they judge all movies on the merits of their favorite genre. A goopy, soupy horror movie like Society won’t hold a candle to Lost in Translation in terms of character depth and emotional resonance, but as a goopy, soupy horror movie, it’s really damn good. 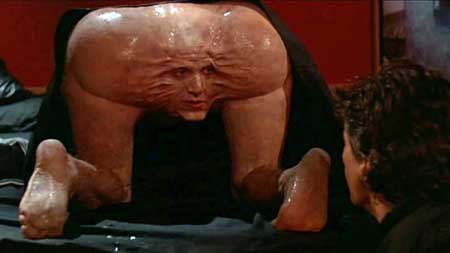 Let me address my own blind spots here. All you need to see is my iTunes library to known my tastes fall heavily towards Junkfood movies. Give me Big Trouble in Little China. Give me any Fast and Furious. Anything with Rutger Hauer (RIP). But that’s not to say I don’t enjoy a good slow burn, a foreign film, or something drastically outside of my tastes. And most of all, I believe they’re all valuable in their own way.

A movie should be a deeply serious work.

A movie needs to be about something important.

A movie needs to make you think.

A movie needs to challenge you.

Those are all great qualities to strive for, but in no way a prerequisite to be a valuable film. Usually what these people are really saying is, “a movie needs to do all of those things in the exact way that connects with me, no matter the genre.” But I don’t want the same thing out of a Coppola movie that I get out of a John Carpenter movie.

I’m not saying you have to love every single movie. I certainly don’t. Like I said, this isn’t about taste. This is about the asshole who scoffs at you for loving Hocus Pocus. Or the dickhead who thinks there’s a competition between art films and popcorn movies, and that art films are the clear-cut winner of said competition. Or that there’s even needs to be a winner at all.

Movies that make me think. Movies that make me zone-out. Movies with explosions. Movies with quiet moments of brilliance. Action movies. Horror movies. Character studies. They’re all movies, or film, or cinema, or whatever you want to call them. Those are just umbrella terms for endless possibilities. Movies are like people. You don’t have to like them all, but for god’s sake, respect them.

Except for Jean-Luc Goddard’s The Image Book. That movie fucking sucks

I’m very excited to announce Korean Movie Review, my new podcast focused on reviewing Korean movies that are new to US cinema, specifically movies playing at the CGV Cinema in LA.

Here’s a little about the show:

Hosts Joe Cabello (author Scrote One, The Farts Awakens) and Fred Le (Sherane Musical Comedy Show) review a new Korean film each week. They’ll be coming from the point of view of outsiders who don’t normally keep up to date on Korean cinema, nor will they know much about the movie before seeing it. What you’ll get is an earnest review.

As we record more episodes and watch more movies, I imagine our relationship to Korean cinema will change. So stay tuned and check us out!

Music by bensound.com
Donate to help keep the show going at www.patreon.com/joecabello . It does cost more money to do this podcast than a normal podcast, since we have to see these movies. Any bit helps and encourages us.

Listen to the Podcast on Soundcloud (iTunes, Stitcher)